Are there alternatives to traditional mosquito sprays?

How to control mosquitoes without harming pollinators and other organisms

Every spring, when warm weather and high humidity return to the Carolinas, mosquitoes, unfortunately, return as well. They’re a common problem around the world for many reasons: their bites cause moderate to severe allergic reactions, they ruin outdoor spaces and backyard parties, and (not least of which) they spread harmful diseases. Mosquito spray treatments have become a popular option for homeowners in the Charlotte area over the past few years.  In fact, several companies have emerged that focus on this service alone.  That said, some consumers have raised concerns over traditional spray treatments, and we’ll discuss those (and potential alternatives) in the paragraphs that follow. 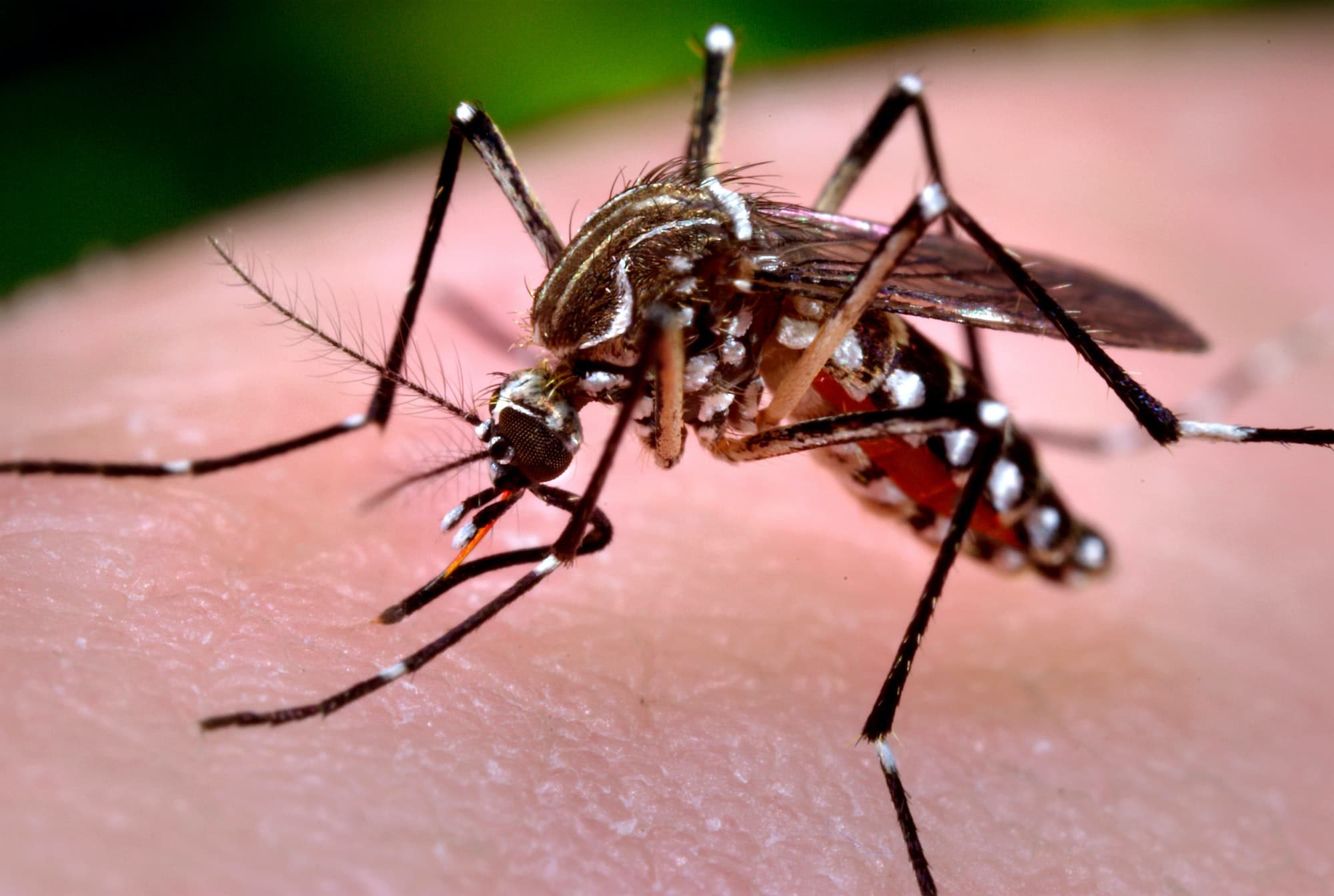 In today’s internet-driven world, we have unlimited access to information about pesticides and the consequences of their use. Consumers are more concerned than ever with what products are being applied, how they affect the environment, and whether or not they’re safe to be used around their families.

At Remedy, we pride ourselves on using kid- and pet-friendly products, including the products we use to control mosquitoes. However, it is unavoidable that any form of spray treatment (whether traditional or botanical) will have at least some  impact on the other organisms in the environment. To address this potential, a group of academic experts and business professionals in the Netherlands developed a sustainable alternative to traditional mosquito sprays/fogs, known as In2Care Mosquito Traps.

Originally created for mosquito control in Africa, the In2Care system was designed to reduce the burden of insect-transmitted diseases, namely those transmitted by mosquitoes.  A beneficial side-benefit to this solution is the reduction of insecticides required when the solution is properly scoped and installed.  The system itself is a combination of buckets placed strategically throughout the target area, each containing a gauze-like sachet placed inside. They resemble small plant pots, and have a secured lid.

when and why would you use in2care?

As most people are aware, mosquitoes carry a plethora of diseases (including Malaria, Zika, and Yellow Fever) and are capable of transmitting them when they bite. In fact, mosquitoes are known as the most deadly living creatures in the world.  Two of the more commonly mosquito-borne diseases are Dengue Fever and Chikungunya. While many diseases can be cured, these specifically lack effective and approved treatments, and kill tens of thousands of people each year.

The Aedes mosquito, known for carrying and transmitting Dengue and Chikungunya, has the ability to lay eggs in the tiniest sources of water, including bottle caps and overturned leaves. This makes them difficult to prevent, because they require very little water to breed and current mosquito treatment methods often don’t target the eggs and larvae that could be developing in hidden water sources. This is also one of the reasons why mosquito spray/fogging treatments tend to lose their potency after heavy rains.  Moreover, mosquitoes are becoming increasingly resistant to chemical insecticide spray treatments over time. 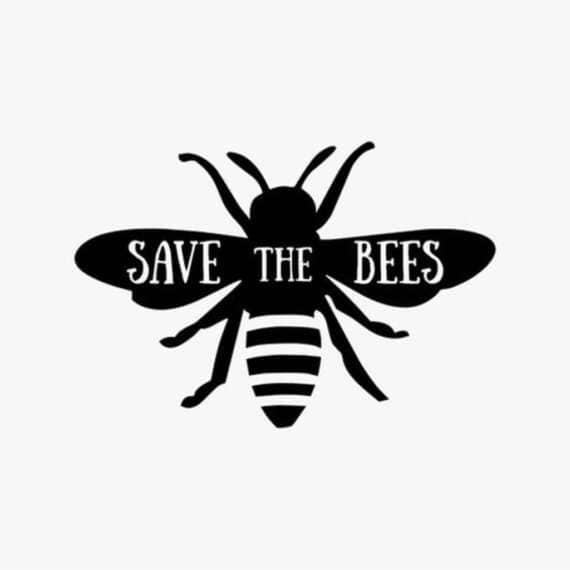 In addition to these concerns, broadcast mosquito sprays can pose a threat to other organisms in the environment. According to some environmental advocates, pollinators, including honey bees and bumblebees, are dying off at an extremely high rate. The “Save the Bees” movement calls for the reduction of neonicotinoid pesticide use. Many traditional mosquito treatments can harm these bees, even when following the label and applying them with great care.

Pesticide runoff is another risk associated with broadcast mosquito sprays. When applying spray treatments near large surface water sources, such as pools, creeks, and lakes, pesticides could flow into these bodies of water, posing a health risk to other organisms, particularly fish.

Pyrethroids, which are a type of synthetically derived pesticides, can be toxic to fish and can cause unintended stress to the populations of these “non-targets”.

In2Care was designed and developed to provide an alternative solution to all of the challenges noted above. By creating a product that only exterminates its target pests, and by using a naturally-derived fungicide and larvicide, In2Care effectively reduces the mosquito population while remaining environmentally-friendly.

how does in2care work?

In2Care uses a special system in the form of a mosquito trap. This trap resembles a plant pot and is placed in shady areas near ample vegetation. These areas are common places where mosquitoes harbor and breed, as they prefer to avoid direct, heavy rainfall.

The trap consists of: 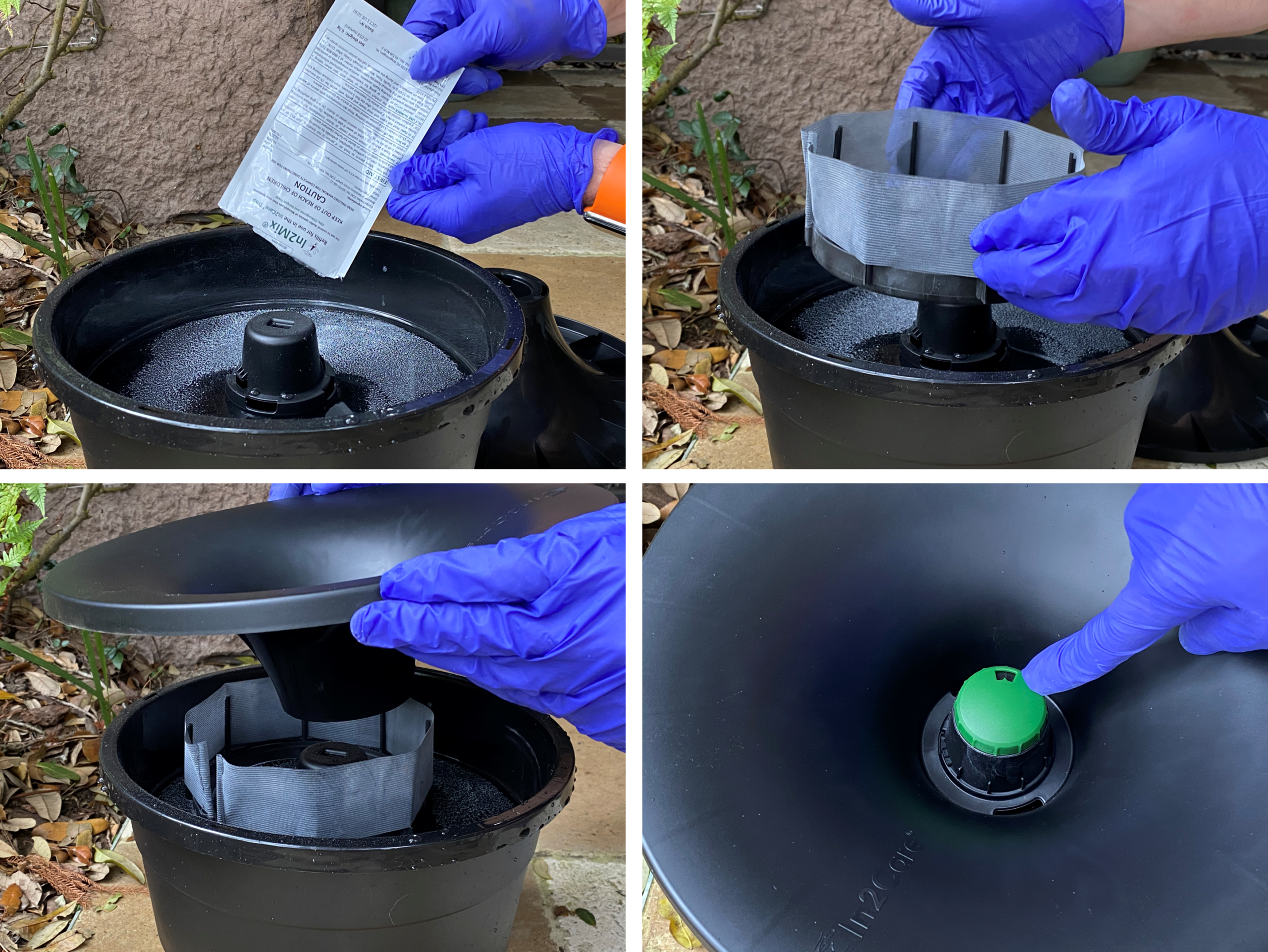 So, how could this trap reduce the mosquito population in my yard?

The mosquito trap actually attracts mosquitoes to the bucket due to its black color (mosquitoes love dark colors), special design, the presence of water (required for laying eggs), and a special organic odor (a mosquito attractant). Once the mosquito finds the trap, it will enter and land on the floating gauze sachet. This gauze is statically-charged with two active ingredients: a biological fungus and a larvicide.

Once the female mosquito settles on the gauze, she will then lay her eggs in the water. This contact with the gauze transfers the biocide to her body, and the eggs themselves are laid in water that contains a larvicide, which will inhibit the larvae from ever developing into adult mosquitoes.

After the mosquito lays her eggs, she will continue this same process but in other sources of water. As she does so, she continues to spread the active ingredients from her body to each location. This process continuously contaminates other water sources and prevents any other eggs from getting past the larva stage.

The biological fungus that is transferred to the mosquito works to slowly kill the female through an infection, but not before she transfers the larvacide around the property. In addition to infecting and killing the female mosquito, this fungus also blocks any Dengue Fever virus replication, adding a second layer of virus control. 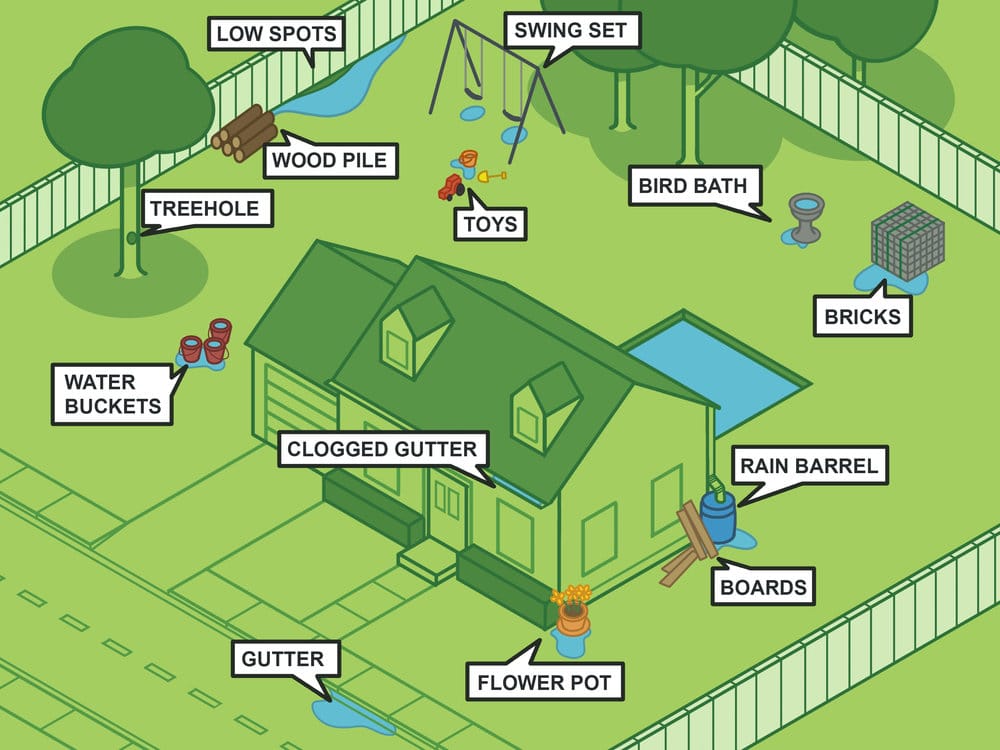 tell me more about these active ingredients

As previously mentioned, the gauze that floats in the mosquito trap contains two active ingredients: a larvicide and a biological fungus. The larvicide is called Pyriproxyfen, which is an insect growth regulator. This prevents the mosquito larvae from molting, which means that they will never reach full maturity.

The biological fungus that is present in the gauze is Beauveria bassiana strain GHA*. This fungus works by infecting the mosquito, growing rapidly on its outer coat, weakening it until it can penetrate and infest the inside of the mosquito, which results in its eventual death. This particular fungus is naturally derived, and research has shown that it has no adverse effects on people, pets, or the environment.

how often do the traps need to be serviced?

Similar to a traditional mosquito spray treatment, In2Care should be set up at the beginning of mosquito season (April) and should be serviced monthly until the end of the season (October). These traps will be placed in dark, shady areas that attract mosquitoes. It’s recommended that the gauze sachets be replaced every 4 weeks. At Remedy, we service the system monthly so that we can also refresh the water in the bucket. Interestingly enough, Aedes mosquitoes are more attracted to fresh, clean water.

when would in2care not be a good fit?

While In2Care has many environmental benefits and has been shown to be very effective, there are some factors to consider before implementing this solution.  The first challenge is that the system doesn’t work as quickly as a traditional spray. Because it’s an indirect treatment, In2Care takes 10-14 days to become fully effective, which means you might have to tolerate these pests for a couple weeks following your first service.

Secondly, because these traps are relatively new to the market, and require expensive equipment and refrigerated biocide, In2Care is more costly than a traditional mosquito spray treatment. If you are price sensitive, this might not be the best option for you. Pricing varies for these traps based on the number of traps required. The label recommends 10 traps per 1 acre of land.

how can i get started?

As of this writing, In2Care must be purchased and serviced by a licensed pest control company.  Remedy has been an authorized provider of the In2Care solution for the past couple of years, and the number of other pest control companies that sell and service In2Care solutions has grown significantly over time.  We’d love to provide this service for you (which you can order here), but you can always check this website for a list of authorized service providers in the Charlotte area.

For those of you who struggle with mosquitoes in your yard and already receive monthly mosquito sprays, consider supplementing that service with a few In2Care traps (based on the size of your yard) to help reduce the mosquito pressure.   We’ve seen great success in pairing these treatment methods to achieve optimal results. Call Remedy Pest Control for more information or to place an order. 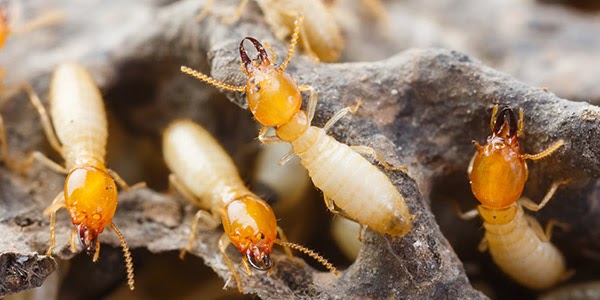 What are my options for termite control? 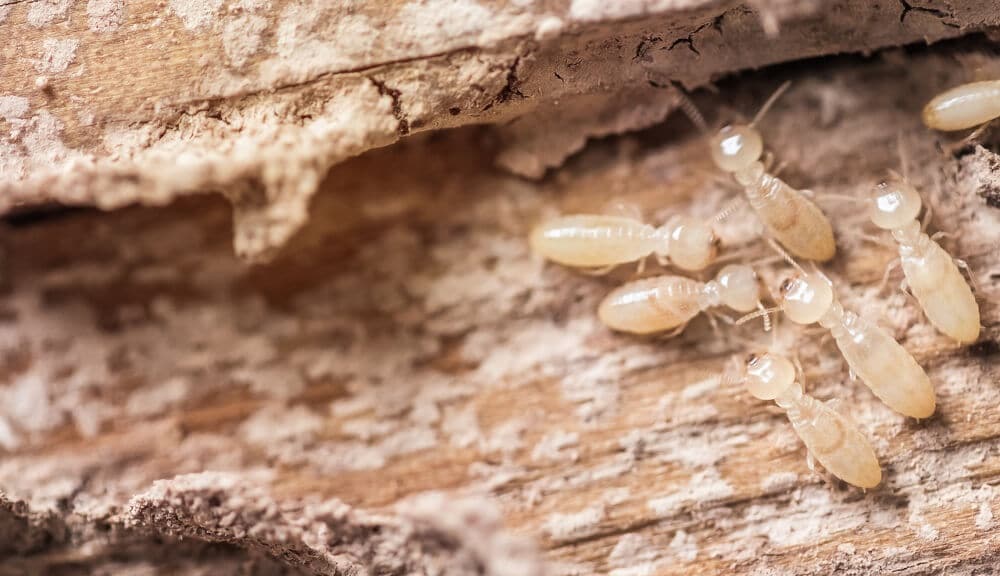 What options do I have for pre-construction termite treatment? 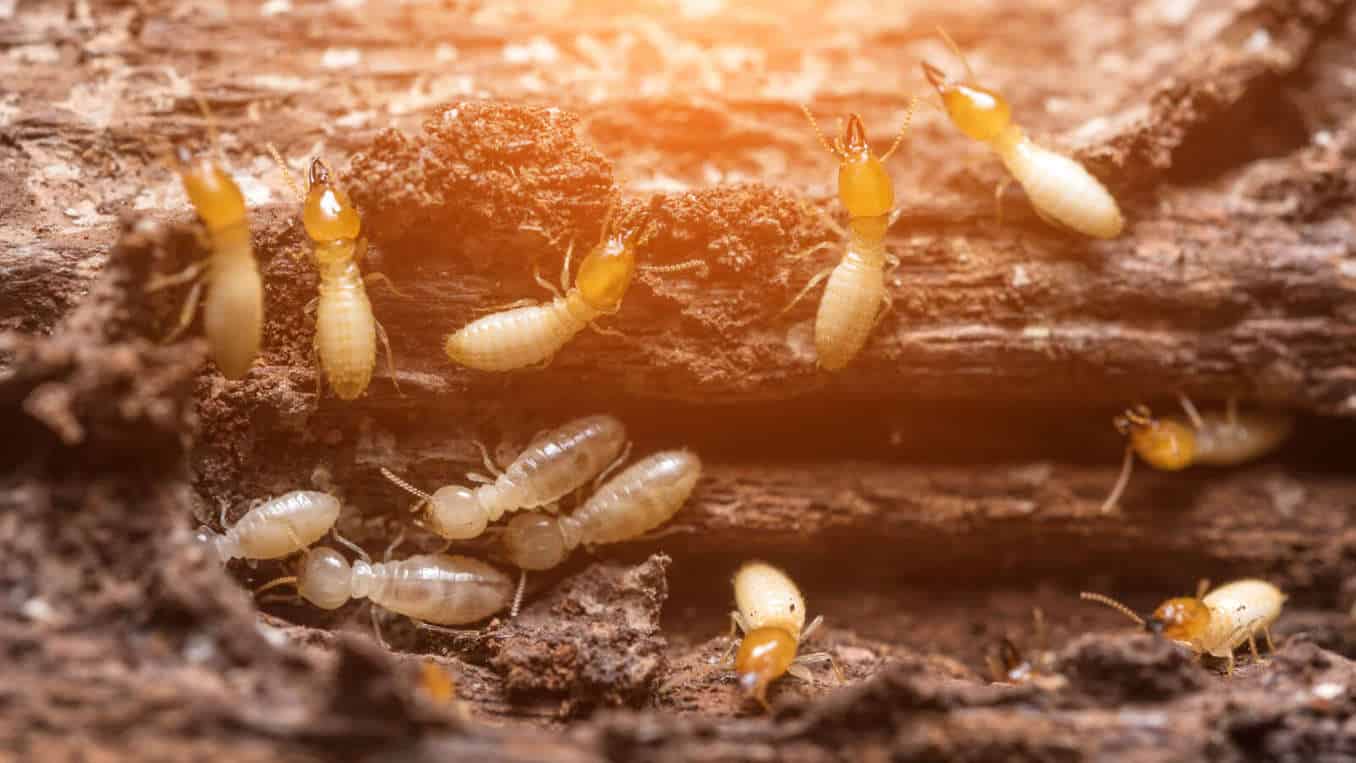 Why do I need termite protection? 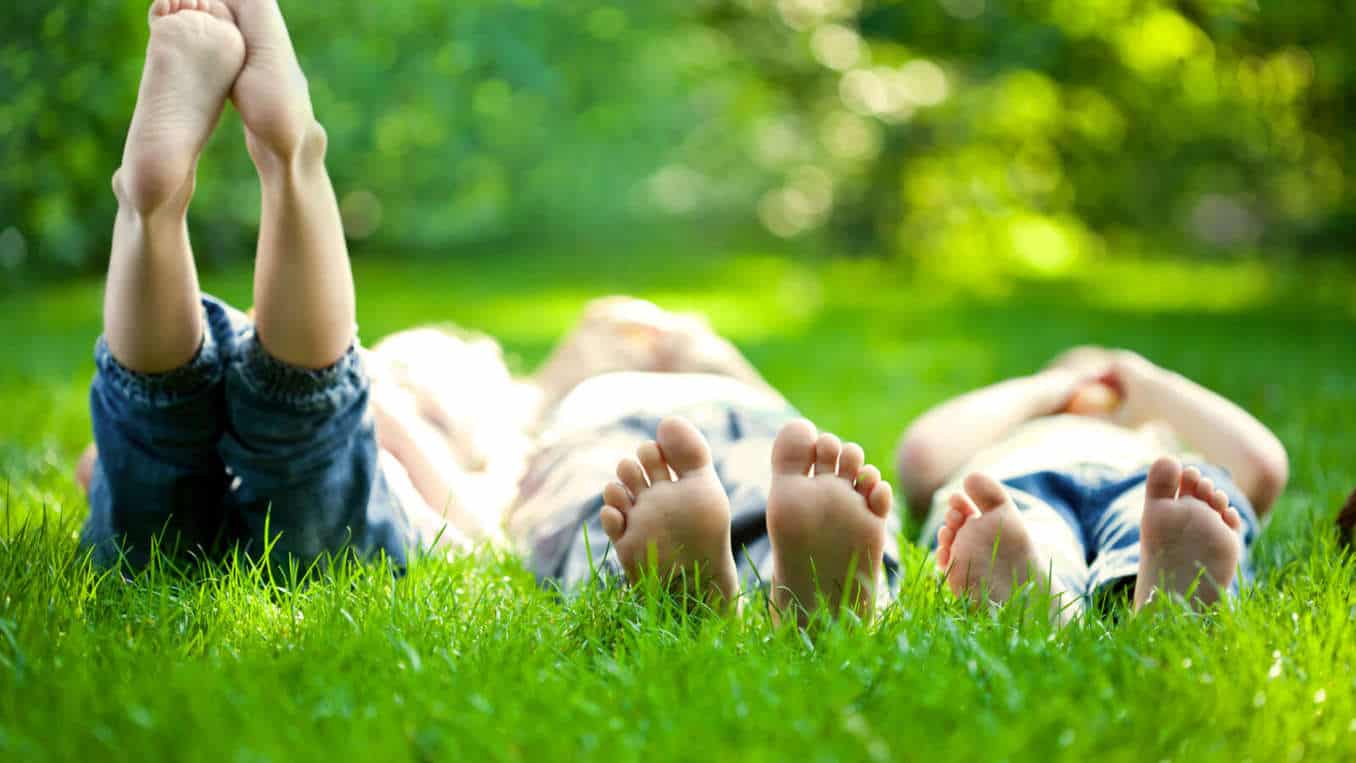 What is Botanical Pest Control, and Is It Right for Me? 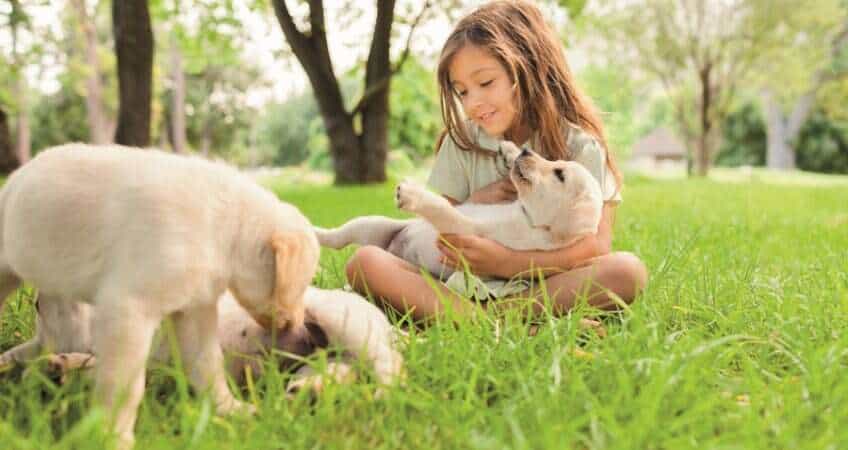 Are pesticides safe for kids and pets?